springsteen.net is the website for the Norwegian "fanclub" blood brothers. This page is not in any way officially connected to springsteen, his managementet, or his record company.

BEHIND THE SCENES: DARKNESS ON THE EDGE OF TOWN 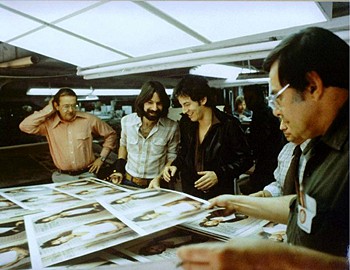 “With the impending and much-anticipated release of a commemorative box set for Darkness on the Edge of Town, Bruce Springsteen’s classic record is getting renewed attention in the music world. Details on the project are scarce, other than that it is set to be released sometime this summer. But fans are surely hungry for any and all material they can get from the 1978 recording sessions and subsequent tour.

For our own preview of what’s to come, we contacted Dick Wingate, who was intimately involved in the launch and marketing of the album and tour. He offers an insider’s view of what the Darkness era meant to Bruce and the band, while painting an often-humorous behind-the-scenes account of some of the tour’s highlights”.